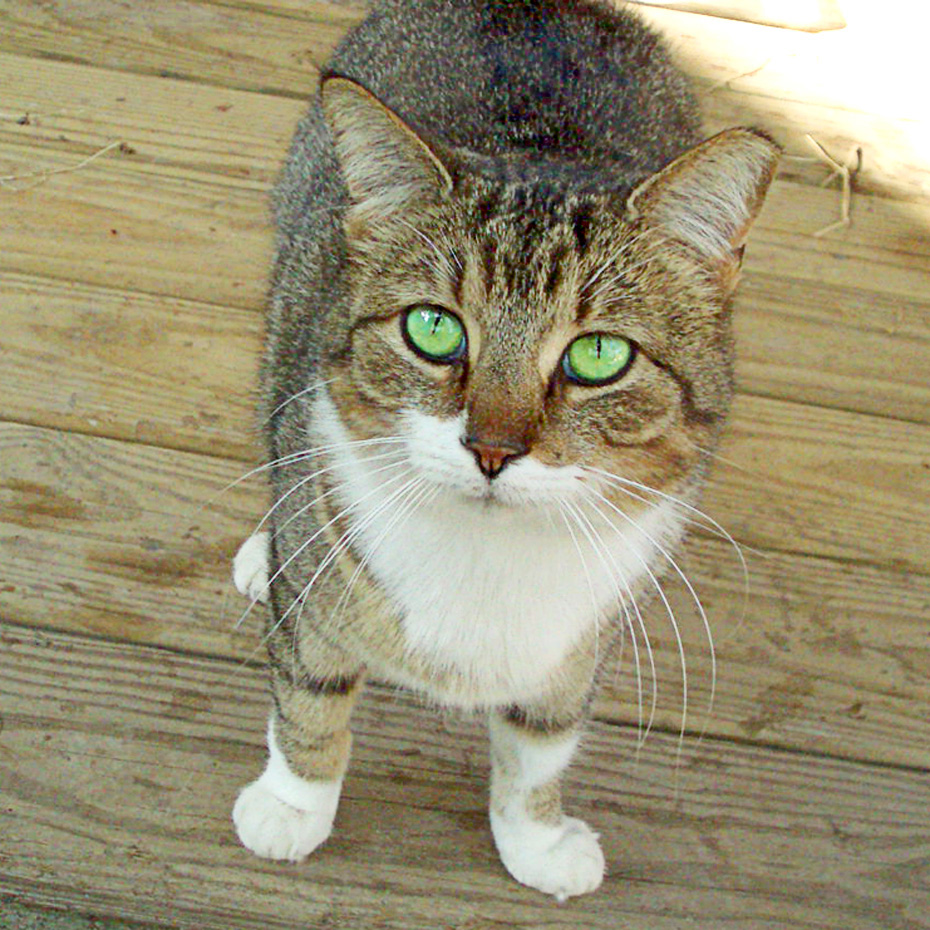 Otis and Layla moved into their new digs on February 22, if I am remembering correctly. And what a year it has been getting to know them. I am not sure how they came to be pals. They are so different from each other. Otis is a rough and tumble kind of guy. He talks all the time. Loves to sit on the tower in the cattery or on the roof of their house watching the world outside their area. In warmer weather, he will spend the night in one of these spots. He is the King of the Kingdom.

To look at this photo of him, it is hard to believe how sick he was a year ago. He looked really bad, was lethargic, not eating… and diagnosed as FeLV positive. The vet wanted to put him to sleep. And Layla, too. I couldn’t do it at that moment, but thought I would be back with Otis in a couple days. I begged for antibiotics and over the next couple days, he improved. Today, he looks great. I know they are still FeLV positive, but I am so happy that a year later they looked so good and seem pretty content. Layla is a dainty girl. She always smells like she has cologne on, but I don’t know how that is possible. She likes Otis, but sometimes it is more of a “tolerates” situation because Otis often wants to jump on her. In those moments, Layla has a couple places she can go to get away that Otis can’t quite get to (because of his bum foot). She has a quiet little “meow” which she saves for certain occasions. She did find the one weak spot in the cattery early on and escaped, but I have since fixed that.

I want to extend their pen for more running room and add another higher tower that has a roof and set that big tree limb up on legs for them to scratch and lay on and play with.

In case I forget to tell you, “Happy Anniversary, Otis and Layla! I love you bunches!”