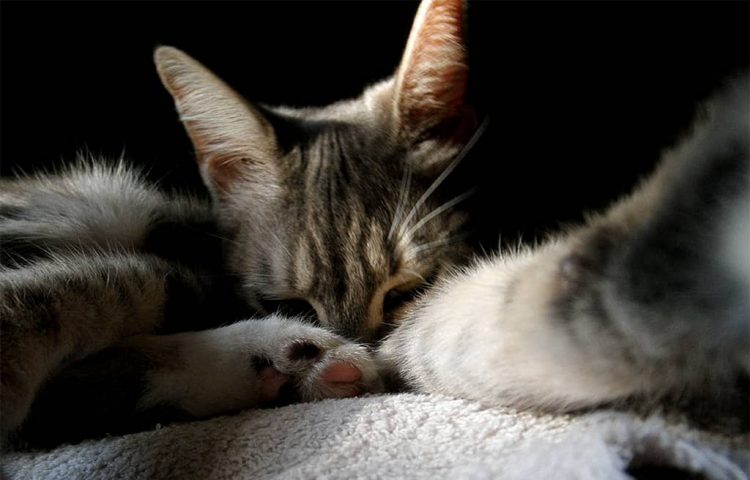 When someone hears of the large number of cats and dogs I have or have had, they often respond, “There’s a special place in heaven for you.” And quietly in my brain a thought bubble pops up and says, “I hope so because this work here on earth has certainly been hell at times!”

I have worked in rescue probably my whole life, that’s DECADES. I have always had an overly soft spot for animals in my heart. When I was about 10, I brought home a black and white Chihuahua. I no longer remember where I met him or how our paths crossed. I named him Pal — because at the time, I was really into horses so Pal was short for Palomino. I don’t remember how long I had Pal. I don’t think it was very long. I came home from school one day and he was gone. My mom said he had been hit by a car in front of our house. I have to assume that is correct because it seems that if the truth was that she rehomed him, that truth would have been a softer, less brutal explanation to give a young child. Talking about spaying and neutering with friends one day, I was asked how many I had “fixed” (not that they were broken, just needed a slight alteration to suit the circumstances). My almost immediate response was “about 40.” But as I thought more about it, I realized that response was based on my most current situation. You see, in a single 6 month period, I had rescued 3 mother dogs and their combined litters of 26 puppies and added them to my existing family of 7 dogs and 5 cats. So in rethinking the question later that evening, I concluded that I have spayed/ neutered about 100 cats and dogs on my own dime. That does not include the ones I found homes for where they were spayed/ neutered by the new families or by the rescue group that placed them.

So why rescue them when you already have so many? The answer can be found in the old joke: “Why does a dog lick his balls? Because he can.” Why do I rescue these animals? Because I can. That is not to say I have the financial wherewithal — by no means do I have that position any longer — but because I can bring them in from a life they were thrown into and one that is potentially dangerous to them through no fault of their own. It’s at least something. A starting point to a new life. I am pulling back these days. I am not as active as I was for several reasons. The work of rescue is financial, physical and emotional. I am a lot older now. So I now lack the financial means and my physical self is slowing down. Emotionally? Well, as I stand out in the garden, I can no longer remember who is buried where. I just know that someone is buried there and there and there and there. Sometimes I come across a photo of one of my rescues who has passed and it makes my heart hurt all over again for their loss. You see, these little souls become companions and their passing is like the loss of close family or a close friend. They came and they went, but I go on. Without them. There is an unequivocal loneliness in reaching that station.

There are still fragments of old tennis balls in the yard that I refuse to throw away. Two sisters — Sassi and Gigi — were adamant tennis ball dogs, rarely seen without a dirty fluorescent green tennis ball in their mouths. And don’t dare walk past a tennis ball without throwing it else they will just keep dropping it in front of your feet as you walk (…er trip). I even have a couple places where I have stuffed a mostly intact tennis ball into the fencing. It keeps them here with me.

At some point, my own chapter in life will end, so I am retiring from rescue work because who will take care of my “friends”? My youngest cats are 2 1/2 years old. They should have a lot of life still in them. Quite possibly more than me.

So will I go to heaven at the end of my journey here on earth? At this juncture in my life I’m not sure that it matters what happens then. A bit more “heaven on earth” right now would be nice. I’m sure that’s a thought I share with many rescuers. Just saying…