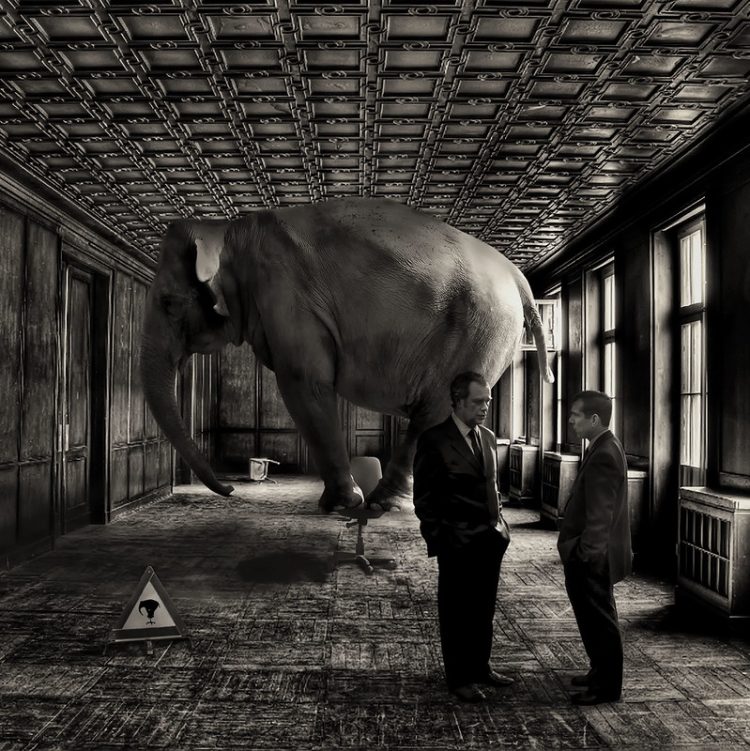 Well, you probably know where the rest of that question is heading without me telling you. I heard that question posed as an analogy, a philosophy of sorts, many years ago. The answer is, “Because he can.”

I think that despite its rather crude exterior, the question makes a valid point: we CAN.

Beyond the daily tasks we do, it explains those less common behaviors like random acts of kindness: opening the door for someone, picking up a parcel that drops, or even something so simple as sharing a smile. Have you ever walked through a store with a smile on your face and noticed how contagious it is? It’s inspiring to see your smile appear on someone else’s face.

“CAN” may require a little effort, but the rewards are infinite and worthwhile.

For the various officials of the city of Halifax to say they CANNOT do anything for Brindi’s situation because the case is before the courts is just not correct. THEY CAN!

The city initiated this second attempt to kill Brindi. They CAN negotiate a resolution, but they have so far ignored offers to discuss any such option. So here we are almost 16 months after the Supreme Court declared certain portions of By-law A-300 invalid and quashed the decision to have Brindi euthanized still trying to free Brindi. Elephant in the Room (photo by David Blackwell)

Both sides in this case can point to the other as reason for the delays, but overall, that is neither here nor there to this discussion. The bottom line right now and the most significant point, the elephant in the room with us, is that the city of Halifax CAN negotiate a resolution, but they choose not to.

Instead they hide behind the overused statement that “it’s before the courts.”

Brindi has caused no serious injuries and never bitten a person.

People who have repeatedly been charged with the same by-law offence — including owning an animal that repeatedly attacks — have repeatedly paid a fine. It’s reported on the Halifax Animal By-Law Violation report included on the city’s website every month.

So Halifax, why is this case different? Even the Criminal Code of Canada clearly states in section 718.2 (b) “a sentence should be similar to sentences imposed on similar offenders for similar offences committed in similar circumstances…”

Why is this case any different?

Francesca makes her pre-sentencing statement before the judge on April 16, 2010.

Please call and/or email the contacts below. Do it often and do it regularly.

Ask them to let Francesca visit Brindi. And ask them to negotiate a resolution to this craziness so Brindi can go home to Francesca.