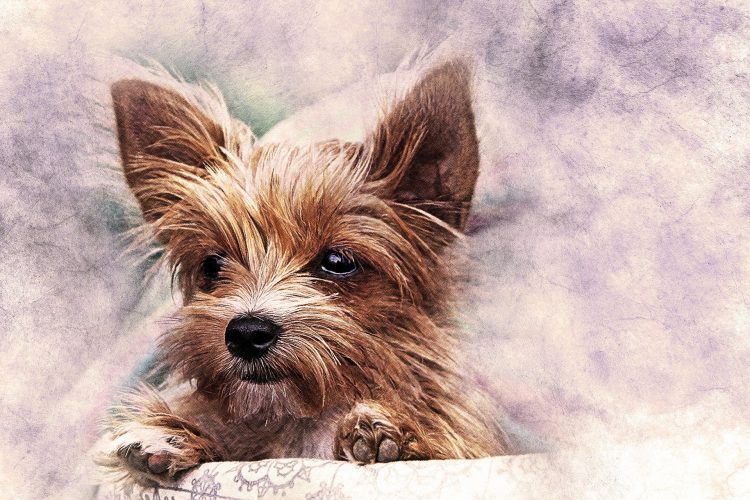 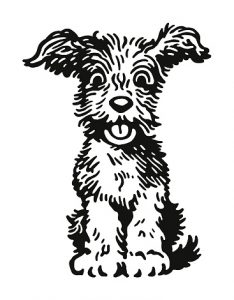 Remember that song? Well, this isn’t about that song. It’s about a dog named Peanut who I met today.

Peanut’s family is looking to re-home her. They also have two of her puppies from her first and only litter: two girls. But sometimes there are fights among them — one of the babies vs mom. So mom is being re-homed.

When the re-homing idea was brought up to me, I heard a few stories about her that concerned me: she fights, she bites, she’s aggressive. I truly did not think she would be a good fit in my household. I have 4 large dogs and several cats. I wrestled with these doubts all week until I decided to go meet her myself and see what I could make of her personality.

I don’t know what she is. She seems to be a mixture of things in a small package — maybe 20-25 pounds with medium length curly hair and one of those scruffy fuzzy faces. Beyond that I saw a young girl who just wanted to be relevant. She just wants to fit in somewhere, somehow, and be a part of the family. But right now she is sidelined just out of the reach of her family. She is kept in a wire kennel in a bedroom by herself. She can hear her family, but is apart from them.

During my visit today, she was brought out on her leash and went from person to person looking for someone to notice her. Even though she was the reason I was there and she was talked about, she was not necessarily the center of attention. Eventually, her wire cage was brought out and placed under a tree across the yard from us. Her leash was attached to her cage. A fresh pan of water and a rug were placed outside the cage. She could go in the cage or lay out on the rug in front.

But again, she was separated from everyone. Apart from her family.

I don’t think this family has intentionally overlooked Peanut’s needs. They have taken care of cats over the years and cat needs are different than dog needs. Maybe they are cat people.

So the deal is this. She is going to come here on a trial run. But I want her to be spayed before she comes into my home. I have male dogs so I do not want that to be an issue. I will also contribute to the cost of the spay. Hopefully, that will be done this week and she will be here by the weekend.

She wants so much to just be touched and talked to and included. She wants to belong. And I hope it will be as simple as that. I want to see her thrive.