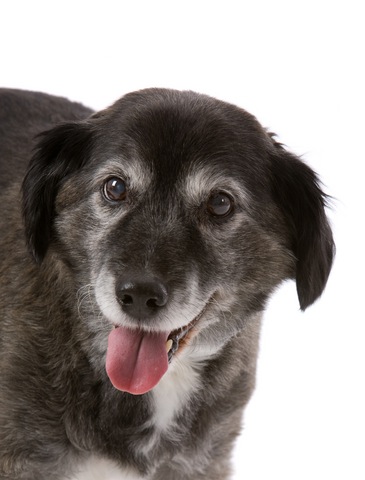 I wrote last year about California Gov. Arnold Schwarzenegger’s misguided plan to add a sales tax to veterinary services as part of a larger set of proposals to deal with the state’s multi-billion dollar budget shortfall. Thanks to the work of HSUS, the California Veterinary Medical Association, and state legislators, the governor’s idea was terminated, and California pet owners weren’t forced into an even more difficult situation where tough choices had to be made about cutting care for their animal companions. What’s an even more hopeful sign of the times, however, is that federal lawmakers, led by Rep. Thaddeus McCotter (R-Mich.), are taking a much more foresighted approach by working to give pet owners a break during this economic downturn. McCotter has introduced H.R. 3501 — the Humanity and Pets Partnered Through the Years (HAPPY) Act — which would amend the federal tax code to allow a person to deduct up to $3,500 per year for pet care, including veterinary expenses. (The deduction applies only to household companion animals, not animals in laboratories, farms, or other businesses.)

McCotter has been a strong supporter of animal protection, and has advanced issues that promote the safety of both people and animals, such as dog bite prevention. We’re grateful for his leadership in this new effort to help struggling families make ends meet — recognizing that pets are part of the family, too.

During a stressful economic period, McCotter’s bill is as much a human health issue as an animal health issue. Pets are good for us emotionally and physically, and studies show that having a pet can lower your blood pressure and cholesterol levels. If you’ve lost your job or are having trouble paying the mortgage or rent, caring for a companion animal provides a sense of purpose and fulfillment and lessens feelings of loneliness and depression.

The legislation could be a critical safety net to prevent struggling pet owners who can no longer afford to care for their animal companions from relinquishing them at animal shelters — which not only tears families apart but also places a financial burden on local municipalities and private shelters for the costs of housing pets and, tragically, euthanizing them. And by encouraging affordable pet care, the bill not only promotes animal health and well-being, but also could help to stimulate the economy by driving more business to veterinarians, animal hospitals, and pet care providers.

Pet care, in fact, can be big business. More American households can claim pets than children as dependents. Since 1998, pet ownership has increased from 56% of households to 62%–an estimated 71.4 million homes enjoy pet companionship. And to care for these animals in our lives, we collectively spend more than $40 billion — on food, veterinary care, and other supplies and services — every year.

Moreover, pet ownership is not just for the wealthy — 58% of households earning incomes of $55,000 or less per year own pets. While pet ownership does increase with income, a recent American Veterinary Medical Association survey revealed that pets are most likely to be a part of families with children led by full-time workers owning their homes. And the largest growth rate in pet ownership is among retired older couples.

Pet food and regular veterinary care are necessities, not luxuries, for the companion animals in our lives, and we can’t skimp on these costs without jeopardizing the health and safety of our pets. If McCotter’s bill is passed into law, it will provide a helping hand to all of us, human and animal alike.