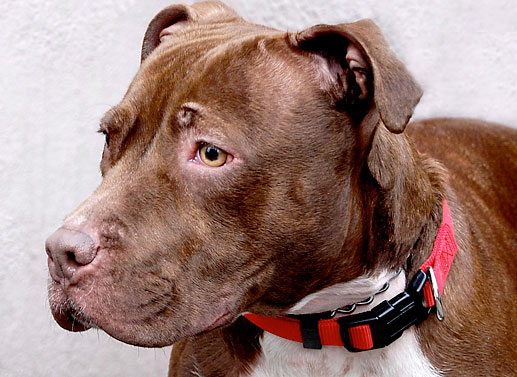 I include the following post from the Dogtime blog because it so aptly explains my feelings about Michael Vick. I cringe when the camera pans to a “We Love Michael Vick” poster when he enters a football stadium. I can’t help but feel so many are so quick to overlook his heinous acts for the love of football. I am by nature very forgiving… but I have just not been able to get passed this story yet. He was never charged directly for his actions and, in my opinion, has shown no remorse other than for getting caught.

Why it’s difficult to move on from Michael Vick

But it’s tough. The unspeakable crimes that were committed against those dogs and Vick’s transition back into pro football after serving 18 months in prison have come and gone. So why we can’t we let it go?

I know I’m not alone. It’s a subject that continues to resurface, particularly by those were personally touched by the Pit Bulls that were rescued from Vick’s horrific dogfighting operation in Virginia.

One of them is Donna Reynolds, co-founder Bay Area Doglovers Responsible About Pitbulls (BAD RAP), who has seen up close the results of Vick’s dog-killing ring – the kinds of things few others truly realize. As Christie Keith wrote this week in the San Francisco Chronicle, Vick was convicted of running a gambling operation that involved dogs, not of animal cruelty.

That’s why we’ve never really heard the details of how Vick and his cohorts actually disposed of unworthy fighters. But Reynolds knows.

Two years ago, she went to Virginia to evaluate 49 Pit Bulls that were found alive on Vick’s property. A federal agent told her some of the things they discovered during their investigation, horrible things no one knew. In her blog, Reynolds wrote, “The details that got to me then and stay with me today involve the swimming pool that was used to kill some of the dogs. Jumper cables were clipped onto the ears of underperforming dogs, then, just like with a car, the cables were connected to the terminals of car batteries before lifting and tossing the shamed dogs into the water.
“We don’t know how many suffered this premeditated murder, but the damage to the pool walls tells a story. It seems that while they were scrambling to escape, they scratched and clawed at the pool liner and bit at the dented aluminum sides like a hungry dog on a tin can.”

It was difficult to read that the first time, and it’s equally difficult to write now. But it helps explain why so many people remain angry, why Vick still encounters protestors when he plays for the Philadelphia Eagles, why dog owners still wait for a sign of remorse from him that isn’t likely to come.
And the fact is, he has never paid for those acts of cruelty. He is earning millions of dollars playing football again while speaking occasionally to groups about the evils of dogfighting. But where’s the apology? Where are the tears? When does he ask for forgiveness?

Until then, I can’t forget.