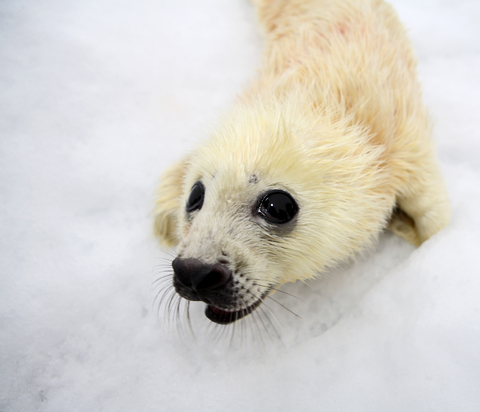 Question: Why are Canada’s Harp seals being found further south these days?

Seals from Canada found as far south as N. Carolina

That’s the title of an article in USA Today Monday. It goes on to say that, “Harp seals from Canada are showing up in U.S. waters in greater numbers and farther south than usual, and biologists want to know why.”

My first thought was “because if they stay in Canada, they will be bludgeoned to death for seal products that no one but Canada’s Federal Fisheries Minister, Gail Shea wants.” Seems obvious to me.

Wouldn’t it just be great if that was the reason they were leaving Canada? That they realize their possible fate if they remain there? Surely you have seen the photos where seals are being smacked in the head with some killing tool and several feet away, other seals just lay and await their fate. Everything about that picture makes my heart hurt.

Wouldn’t it just be so appropriate if they decided, “To hell with it. These people mean us only harm. Let’s get the hell out of here once and for all.”

Anyway, without spending millions of dollars to research why the Harp seals are heading south, that is my opinion. They are tired of being smacked up the side of their head for no good reason. GO SEALS!