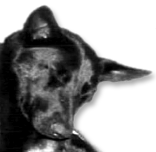 Animal cruelty is such a horrendous act, but I never realized all the aspects of it. Beyond the act of a person abusing an animal, there is the care of the animal afterward — the people that step up to rescue this animal and the professionals that step in to administer medical care. There are the foster folks that home the animal as he/she recovers, and hopefully, the folks that eventually adopt this animal and give him/her a new life in a forever home. And this is for the “lucky” ones; the ones that survive their abuse.

But there is more. There are the people that prosecute the abuser. This group ranges from the officers that arrest the abuser to the people who enter this offense into an internet database of abusers to the prosecuting attorney to the witnesses in the case.

And the people who represent the abused animals in court. Not because they know the animal that was abused, but because they choose to be a voice for a life that otherwise has no voice in our world. I only recently became aware that there were people and groups like this. A friend introduced me to Heather Anderson from Calgary. Heather created a group called Daisy Foundation after the death of a lab-border collie. Daisy Duke had a plastic bag taped over her head, was hit in the head with a shovel and was dragged behind a truck. Daisy was discovered so injured that a veterinarian had to euthanize her.

The mission of Daisy Foundation is to promote stiffer penalties against animal abusers. It is their goal to bring to the Canadian government’s attention the proven statistical link between animal abusers and serial killers.

Per their website: “We also bring the companionship and friendship of animals to people that have special needs someone to love unconditionally. With the help of their caregivers and our volunteers.”

“We are working on ways to get puppy mills shut down. We are educating children about how to treat animals and that there is no excuse for abuse and that animals have emotions and feeling just as you and I.”

Kudos to Daisy Foundation in Calgary. I applaud the hard work you do.